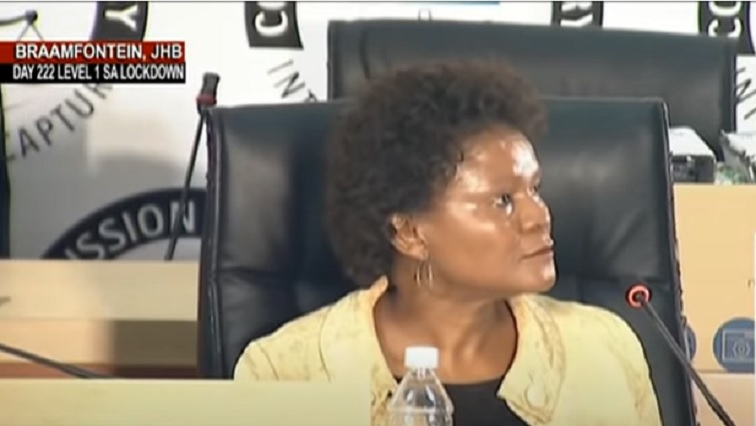 Former Chairperson at South African Airways Technical (SAAT) Yakhe Kwinana has conceded that the contract between SAA Technical, JM Aviation and its American-based partner AAR should have been cancelled at the bidding process because they communicated with procurement officials.

Kwinana was giving testimony for the second day at the State Capture Commission.

According to procurement policy at SAA no bidder is expected to communicate with internal procurement staff other than project managers.

The rule states that a bidder is to be eliminated should they not comply.

JM aviation and AAR were awarded a R1.2 billion contract by SAA Technical to supply aircraft components in 2016. The contract is alleged to have been approved irregularly.

Earlier,  Kwinana denied attending a meeting where she tried to force two senior executives to sign an unlawful policy for black businesses at SAA. The 30% set aside policy was directed to those who had BEE partners from the contractors.

The policy got resistance from National Treasury and the Department of Trade and Industry because it was unlawful and inconsistent in procurement policy and legislation.

Despite this, it is alleged Kwinana and former SAA Board Chair Dudu Myeni continued to implement the policy despite being cautioned not to do so by then Chief Procurement Officer, Dr Masimba Dahwa.

Kwinana claims there were no concerns regarding the 30% set aside implementation and neither was guidance given.

She also denied having a negative feeling towards Dr Dahwa:

Yesterday, Kwinana told the Commission in Johannesburg that cancelling the German-based LSG Sky Chefs contract with the airline in 2015 was the best decision she ever made for the national carrier. She said in 2015 SAA subsidiary Air Chefs was going to retrench people, hence they took a decision against working with LSG Sky Chefs.