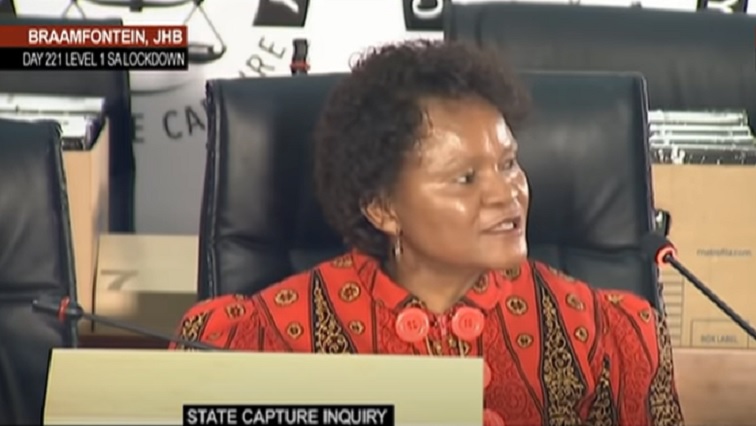 Former Chairperson at South African Airways (SAA) Technical Yakhe Kwinana has told the State Capture Commission in Johannesburg that cancelling the German-based LSG Sky Chefs contract with the airline in 2015 was the best decision she ever made for the national carrier.

Kwinana told Deputy Chief Justice Raymond Zondo that she was flabbergasted that the commission was asking questions about the contract.

She said in 2015 SAA subsidiary Air Chefs was going to retrench people, hence they took a decision against working with LSG Sky Chefs.

“Air Chefs, chair, is a 100 % subsidiary of SAA and Air Chefs was formed to cater for SAA and therefore is there something wrong with Air Chefs that needed to be corrected by SAA and SAA as the holding company of Air Chefs was supposed to correct that instead of going out to tender.”

Zondo became increasingly frustrated with the testimony and apparent ignorance of Kwinana as she continued testifying at the commission.

On approving the SAA ground handling contract in 2016, Kwinana said she only approved the terms and conditions but not the contract as a whole.

Zondo expressed disbelief at Kwinana’s assertion that the SAA board did not oversee many contracts entered into by management.

“This kind of horrifies me. So, does this mean that during your time when you were a board member at SAA there may have been a lot of contracts where the management must negotiate and enter into without the board ever seeing contracts, where you never saw the ultimate contract, whether it was in accordance with terms and conditions? You just said go and enter into a contract along the following terms and conditions and you left it at that,” Zondo asked.

Zondo also had various terse interactions with Kwinana and had to deal with the constant objections from her legal representative Lindelwa Mbanjwa.

Hofmeyr said Kwinana evaded simple questions and her answers were not clear:

The commission also heard how Nick Linell, an independent legal advisor, and consultant continued to sit in SAA board meetings in 2015-2016 and participated in discussions without legal approval.

Kwinana has told the commission she did not know what role Linell played in the meetings or why he was needed despite him being paid handsomely. Linell is alleged to have been paid close to R200 000 by SAA at the height of the airline’s financial woes.

Kwinana tried to explain her position to Justice Zondo.

“I heard your evidence saying you really didn’t need him for anything there, so then can I understand your attitude towards him being paid, would it surprise you to learn that he was being paid by SAA?” asked Zondo.

Kwinana also accused the commission of being biased:

She will resume testimony tomorrow.