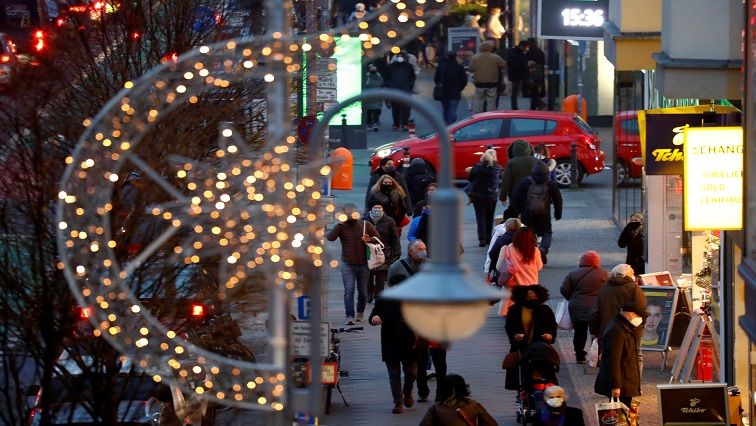 Germany is planning to close most shops from Wednesday until Jan. 10 as it tightens coronavirus restrictions and tries to rein in the spread of the disease, according to a draft government proposal seen by Reuters on Sunday.

The draft was prepared head of a meeting later in the day between Chancellor Angela Merkel and state leaders. She has favoured stricter pan-German measures but was previously unable to get agreement from the nation’s 16 states.

However, some states have since clamped down on their own, and momentum supporting stricter harmonized measures has been building.

The draft proposal would allow only essential shops such as supermarkets and pharmacies, as well as banks, to remain open.

Schools will also be basically closed during the period, and employers will be asked to close operations or have employees work from home, according to the draft. The sale of fireworks will be banned.

Germany has been in partial lockdown for six weeks, with bars and restaurants closed, while stores and schools have remained open. Some regions have already imposed tougher measures as infections grew.

More social contact in the run-up to the Christmas holiday means “the number of cases is now again increasing”.

“Therefore, it is necessary to take further measures to restrict contacts,” said the draft.

New daily infections and deaths have reached records in recent days, and more politicians have been sounding the alarm.

The number of confirmed coronavirus cases in Germany increased by 20 200 to 1 320 716, data from the Robert Koch Institute (RKI) for infectious diseases showed on Sunday. The reported death toll rose by 321 to 21 787, the tally showed.