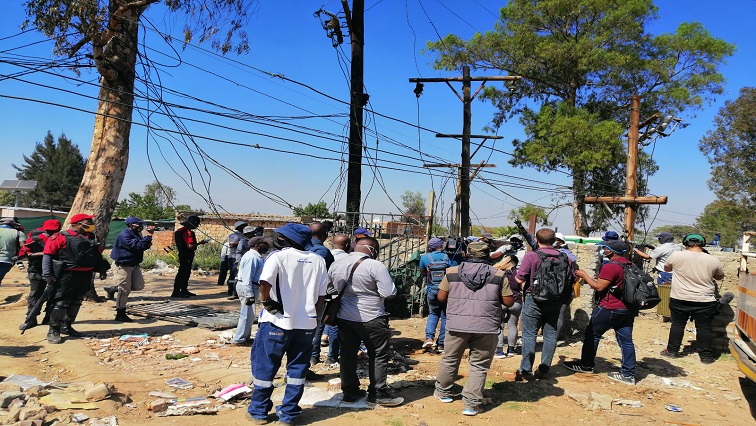 The power utility says illegal connections are overloading the system.

It says this is causing power failures to the electricity transformers and mini-substations.

Eskom technicians started off by dismantling a mini-substation which they say was also built illegally.

The power utility believes the equipment that they’re removing is part of its infrastructure which was stolen somewhere, compromising power supply.

Some of the affected residents are standing by, watching helplessly as their electricity is cut off.

Eskom says this is a start of a campaign that will be carried out in other areas where people have also connected themselves illegally.

Among the areas targeted is Dainfern, where one property owner is in arrears of R1.4 million in unpaid electricity charges.

The video below is reporting on City Power’s disconnection of illegal connections at upmarket Dainfern: