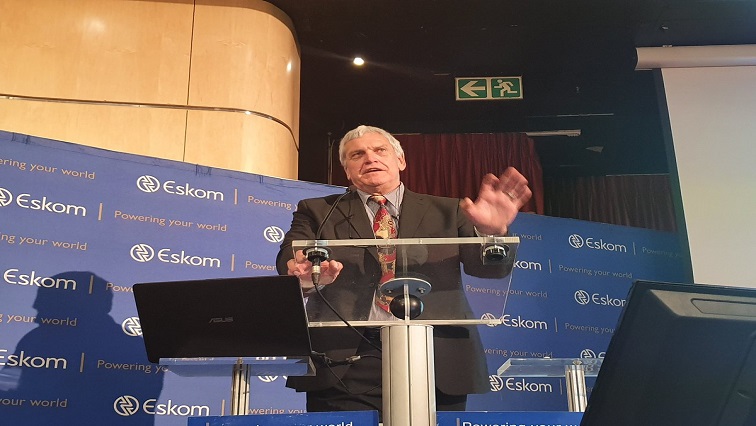 Eskom COO Jan Oberholzer has been cleared of wrongdoing following allegations of corruption, nepotism and victimisation.

Oberholzer was subjected to allegations channeled through the Economic Freedom Fighters, the South African Federation of Trade Unions and Corruption Watch following complaints by an Eskom employee.

The latest Eskom report is the third investigation into Oberholzer’s alleged wrongdoing.

All three probes have cleared him of wrongful actions.

Eskom is yet to confirm the report.

Energy Analyst Chris Yelland says he has seen an Eskom internal report into the matter.

“This is stretching back some time now but there were suggestions of a corrupt relationship, of victimisation and conflict of interests in three separate instances or companies mentioned. The last one was in terms of allegedly corrupt payments to a company called Aveng which worked on a coal project. It was alleged that Oberholzer authorised the payment to Aveng irregularly. A court judgment in the last two days has ruled that there was nothing untoward about that payment and the judge ordered Eskom to make this payment’”, says Yelland.

In the audio below, outlines the matter further:

Meanwhile, Saftu has expressed their intention of taking allegations of wrongdoing against to the Public Protector for investigation.

Vavi says it is untrue that Oberholzer has been cleared of wrongdoing.

“In fact, they have suggested that he must be subjected to a disciplinary process because he had broken the rules of Eskom when it comes to the conflict of interest”, says Vavi.

In the audio below, Vavi explains Saftu’s position: