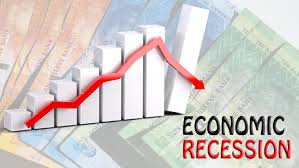 At Midday on Tuesday, the Statistician-General of South Africa, Risenga Maluleke delivered the worst economic news in a generation. The South African economy has collapsed significantly.

Analysts polled by Reuters had predicted a 47.3% contraction.

The GDP in South Africa was worth $351.43 billion in 2019, according to official data from the World Bank and projections from Trading Economics. The GDP value of South Africa represents 0.29% of the world economy.

The GDP measures of national income and output for a given country’s economy. The GDP is equal to the total expenditures for all final goods and services produced within the country in a stipulated period of time.

When this figure that measures national income plunges profoundly, unemployment and income losses happen on a massive scale.

Educational achievement is also affected because when children are hungry, the infant mortality rises and early childhood stunting occurs. This is because households and families are unable to provide food, housing and clothing. Young people across the nation are withdrawn from schools and tertiary educational institutions throughout the country, thus compromising the countries performance in the area of human development and skills.

The income losses due to a deep and pernicious recession have lasting effects.

A credit crunch intensifies and consumer demand weakens. One of which is extending and deepening the web of poverty and reducing the number of economic opportunities available in the economy.

Entrepreneurial and business activity, in general, are hobbled as debt rises. Bankruptcies and liquidations rise.

Economic hardship becomes a risk to the political stability of the country. Chronic long-term instability can ensue as economic recessions can have long-term effects that are referred to as economic scarring.

A massive rise in unemployment will lead to social distress. The massive hall in incomes will delay and or defer economic decisions at household level thus depressing domestic consumption levels.

A rise in poverty level can lead to a related rise in social pathologies such as violence and crime.

A general fall in asset prices such as the prices of houses can occur during an economic slump.

South Africa entered the COVID-19 period as the world’s most unequal society, while deep contractions do increase unemployment. Higher government borrowing and less tax revenue create a fiscal debt crunch that can be passed on to future generations if not addressed within a given time frame. It is a great danger that we could in some sectors of the economy experience a permanent loss of output.

The only exception was agriculture, forestry and fishing (15.1% vs 26.8%), amid higher production of field crops and horticultural products. Year-on-year, the economy shrank 17.1%, following a revised 0.1% growth in the previous period and compared with market expectations of a 16.5% slump.”