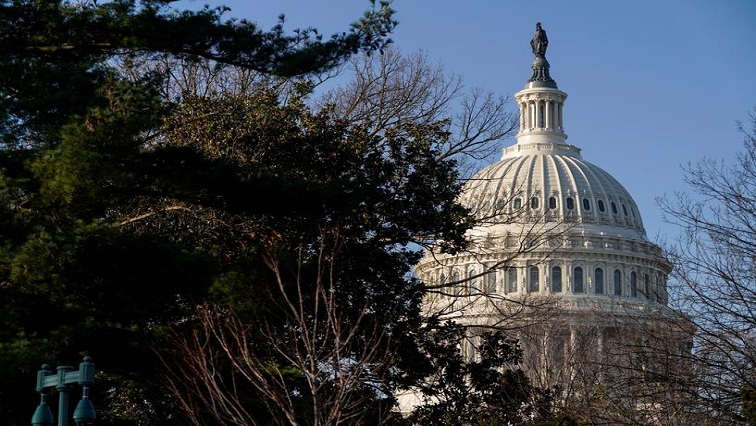 Twin efforts were underway in the US Congress on Monday to reach a massive government spending deal that would avert a government shutdown, as Republicans and Democrats insisted they want to pass a fresh round of aid to a coronavirus-hit nation.

The leaders of both parties appeared more upbeat about doing the first COVID-19 aid bill since April, while a bipartisan group of moderate lawmakers were pitching their own approach for a critical spending measure that must be passed by Friday to avoid a federal government shutdown.

At stake is a $1.4 trillion spending bill for the fiscal year that began on October 1, which includes money for programs ranging from healthcare, homeland security and military readiness to foreign aid, national parks and nutrition. They have been operating on temporary funding. Lawmakers hope to attach the aid to the funding measure.

Senator John Cornyn, a senior Republican, said what was needed was an agreement on pandemic relief between Democratic House of Representatives Speaker Nancy Pelosi and Republican Senate Majority Leader Mitch McConnell. He said he hoped for a result by Wednesday.

“I think they have been talking and I’m confident their staff are engaged,” Cornyn told reporters. As for the bipartisan package, “I think it’s having a big, and a positive influence on what’s, what will be ultimately included,” Cornyn said.

A source familiar with the process said negotiators were near agreement on the government spending bill and have only a “few small items” still open. The source declined to provide further detail.

Without a deal, the government would have to begin shutting non-emergency programs and furloughing many workers in the midst of a pandemic that has killed nearly 300,000 Americans, thrown millions out of work, and is getting worse as winter sets in.

McConnell said his party was ready to pass something and called on Democrats to do the same in a speech that avoided some of the finger-pointing heard from both parties last week.

“The next several days are going to bring about one of two outcomes,” McConnell said as he opened the Senate.

“Either 100 senators will be here shaking our heads, slinging blame and offering excuses about why we still have not been able to make a law. Or, we will break for the holidays having sent another huge dose of relief out the door for the people who need it,” he said.

McConnell said funding for personal protective equipment, vaccine distribution and extended unemployment should be in any plan.

A bipartisan group of lawmakers from both the House and Senate unveiled their own package, offering two proposals that could be voted on separately.

One, a $748 billion proposal, includes aid to small businesses, the unemployed and vaccine distribution. It would offer $300 weekly in additional benefits to the unemployed, for 16 weeks.

The other bipartisan proposal includes the two main sticking points on Capitol Hill: liability protections for business, which are backed by Republicans, and $160 billion for state and local governments, a Democratic priority. But not even all of the bipartisan group of lawmakers support it.

“Bipartisanship and compromise is alive and well in Washington, contrary to what you have been hearing,” Senator Joe Manchin, a Democrat and one of the lead sponsors, told a news conference. “Now it’s up to the leadership to take it and make it happen on a timely basis.”

Local public health agencies worry that they will not have enough money to carry out a massive COVID-19 vaccination program if there is no deal, even as the first US doses of Pfizer Inc’s vaccine were administered on Monday.

President-elect Joe Biden has urged Congress to act quickly on coronavirus aid before he takes office on January 20. Even if it does, his new administration likely will seek another round of aid next year.

Democrats have been pushing hard for aid to state and local governments to insure against laying off more workers, including police, firefighters and emergency medical personnel. Republicans have generally resisted this, accusing Democrats of wanting to create a “slush fund” for cities and states controlled by members of their party.