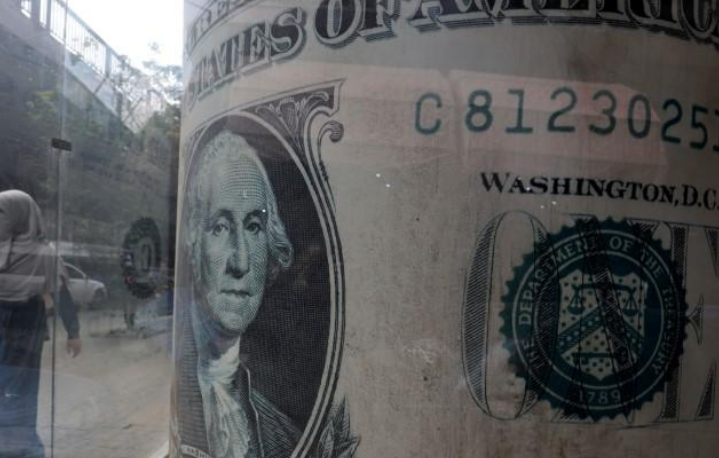 From Brazil to Norway, policymakers are leaping to defend currencies against the onslaught of the dollar which scaled three-year peaks on Thursday, raising speculation that a joint move by the world’s biggest central banks may be in the offing.

Unlikely, most market-watchers say. But these are unusual times, and Norway’s central bank earlier in the day threatened to intervene to lift the crown, a step it hasn’t taken in more than 20 years.

The warning followed the crown’s 30% plunge versus the dollar in less than three weeks, though oil’s price collapse contributed.

But the dollar’s brutal ascent — up 6.5% this month against a basket of peers — has sent almost every other currency reeling. Amid the crisis caused by worries about how badly the coronavirus pandemic will hit the world economy, investors and companies around the world have been scrambling to get their hands on the market’s most liquid currency.

That forced highly unexpected moves such as a 15 basis-point rate rise from Denmark to support its crown while other countries such as Russia and Brazil engaged in direct dollar-buying. And South Africa said it did not rule out emergency interventions.

Despite these efforts, a global stampede for dollar funding meant currencies across the world sank to multi-year or record lows against the greenback. Some relief came after the US Federal Reserve opened $450 billion in swap lines to several central banks but the pressure broadly remains.

“If there is one currency causing problems right now and aggravating the sell-off in global asset markets, it is the US dollar,” ING Bank told clients.

Could the answer lie in large-scale global intervention to tame the greenback?

Most top central banks, with the exception perhaps of Switzerland, are committed to letting markets determine exchange rates. Yet many welcomed Norway’s shift; Danske Bank economist Frank Jullum urged it to buy crowns “by the bucketful”.

One issue is that piecemeal central bank interventions are often doomed to fail as individual economies usually lack the firepower to influence currency markets for any length of time But shock-and-awe moves such as the coordinated Group of Seven moves to weaken the yen, seen after the 9/11 terror attacks or the 2011 Japan tsunami, have worked.

Alternatively the United States could act alone, some say, noting that dollar strength was highly unwelcome at a time when the US economy is headed for recession. The last time the Fed went out on its own was in the early 1990s under George H.W. Bush to stem a soaring dollar.

“The US has brought in almost all its instruments, the one that hasn’t been done is intervention – the stronger the dollar gets the more likely the US government will consider intervening,” said Thomas Flury, head of FX strategies at UBS Global Wealth Management’s Chief Investment Office.

“Typical during past crises, FX interventions helped calm not only FX markets but also equities and brought credit spreads down and that is something they will be keen to do.”

Dollar strength will dismay not only those in the Trump administration, but others around the world because when the dollar rises, it tends to ‘tighten’ conditions through channels such as higher import prices or by forcing interest rate hikes to shield currencies.

That in turn risks triggering a full-blown emerging markets crisis, the pattern seen many times in the 20th century.

Its power is down to the outsize role it plays in keeping the world’s financial systems ticking over, accounting for 40% of global trade flows, 50% of cross-border lending and 65-85% of the world’s risk-free assets, according to Goldman Sachs.

She doubts so far the pain from the dollar is big enough for Washington to ponder intervention — alone or with G7 peers — and says containing the raging selloff in equity markets will be the greater focus.

Plus there are the logistics of coordinating such a move with other central banks, many of which will not be keen to see their own currencies strengthening even as world growth nosedives.