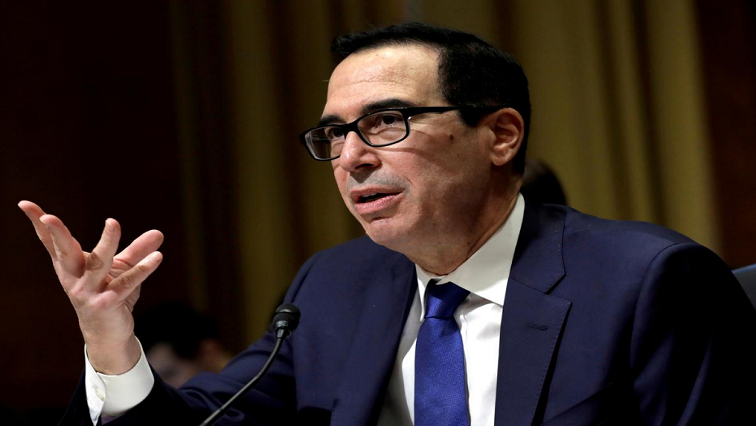 U.S. Treasury Secretary Steven Mnuchin on Sunday said a deal between the White House and Congress would fund the federal government through the beginning of December and that details of the spending bill should be finalized by week’s end.

The measure would help avert a government shutdown when current funding runs out September 30. Mnuchin and U.S. House Speaker Nancy Pelosi had agreed to extend funding, according to a Democratic aide, but details on the bill have yet to emerge.

“We’re going to move forward with a clean CR (continuing resolution), hopefully through the beginning of December,” Mnuchin told reporters at the White House, adding: “I hope by the end of the week we’ll have something firmed up.”

The government funding bill would keep U.S. agencies operating but would be separate from a parallel effort to provide another batch of financial aid amid the ongoing novel coronavirus pandemic.

Pelosi, after a call with Mnuchin on the virus aid, said last week there were serious difference remaining between the Republican Trump administration and Democrats, who control the U.S. House of Representatives.

Mnuchin on Sunday said he was willing to sit down with Pelosi to further discuss those efforts.

“I’m willing to sit down with her anytime to negotiate, no conditions. But right now she won’t do that unless we make a large commitment up front,” he told reporters, reiterating that Senate Republicans would move ahead with their own COVID-19 bill.

“Our current plan is to keep the coronavirus discussion separate,” Mnuchin said, adding that there might be one or two technical areas of overlap with the government funding bill.