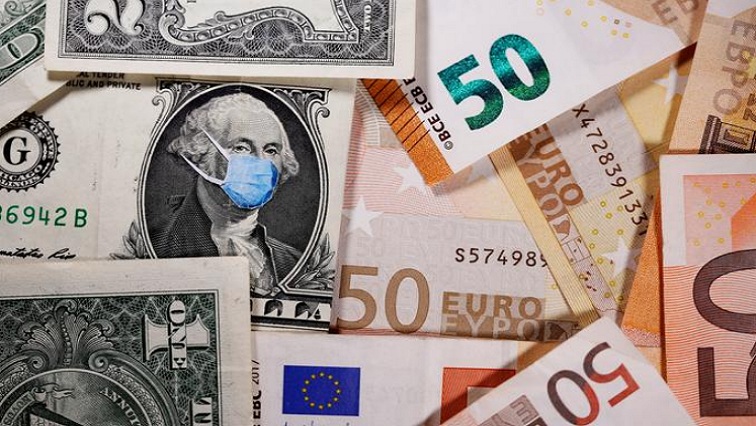 The US dollar held near mid-2018 lows on Monday as bullish sentiment across global markets
prompted investors to buy riskier currencies such as the Chinese yuan, despite a resurgent pandemic.

Low US interest rates, massive US budget and trade deficits and a belief that rebounding world trade will drive non-dollar currencies higher have set the dollar on a downward
course.

“The US dollar slipped further through the threshold of the new year as global risk sentiment stayed buoyant”, said Alvin Tan, an FX strategist at RBC Capital Markets.

The dollar index posted its first annual los9s since 2017 last year. It has fallen roughly 13% from a three-year peak at the height of the pandemic panic in March.

Manufacturing activity expanded in Japan, South Korea and Taiwan, according to PMI surveys, the latest indication that manufacturers in the region continue to recover from the damage caused by the COVID-19 pandemic last year.

Chinese factory activity continued to accelerate in December, though the PMI missed forecasts at 53.0.

The safe-haven yen rose 0.4% to 102.90 per dollar, and looked to test resistance at 102.55, after Japanese Prime Minister Yoshihide Suga said his government was mulling a state of emergency in Tokyo as coronavirus cases rise.

The Australian and New Zealand dollars each gained close to 0.4% to hold just below multi-year peaks.

The euro, which had dipped on New Year’s Eve profit-taking, rose 0.4% to $1.2270 while traders waited for a fresh batch of economic indicators throughout the region.

Investors are now focused on a runoff election in the US state of Georgia on Tuesday that will determine control of the Senate.

Jeffrey Halley, a market analyst at Oanda warned his clients against sharp moves in the dollar after that election.

“A Democrat win is likely to see a sharp correction higher by the US Dollar, exacerbated by the world being universally short the greenback”, he said.

“Investors should probably wait for the election dust to settle before committing heavily to new
dollar short positions.”

Minutes of the Federal Reserve’s December meeting due on Wednesday should offer more detail on discussions about making the Fed’s forward policy guidance more explicit and the chance of a further increase in asset buying this year.

The data calendar includes manufacturing surveys across the globe, which will show how the industry is coping with the spread of the coronavirus, and the closely watched ISM surveys of US
factories and services.

Bitcoin on Monday was off Sunday’s record high of $34 800 at $32 340. An enormous rally has carried it up 800% since March as institutional investors seem to have turned buyers.