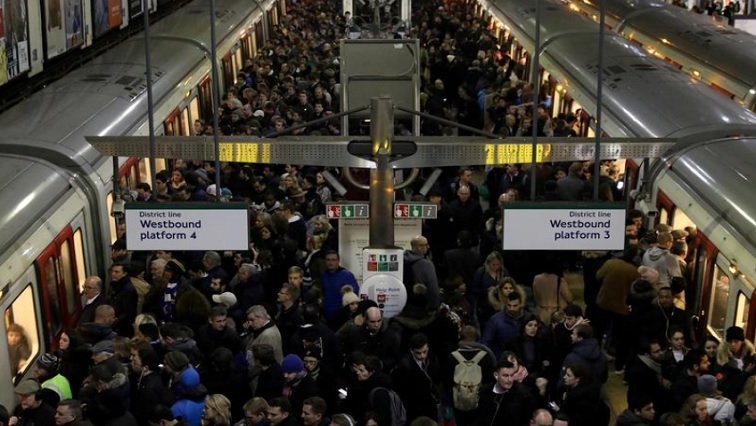 Sweeping changes to the global labour market caused by the coronavirus pandemic will likely be permanent, policy makers said on Tuesday, as some industries collapse, others flourish and workers stay home.

“I think it would be a fallacy to think we will go back to where we were before,” Philippines central bank Governor Benjamin Diokno told Reuters Next. “I think we have to have a vision of what the new normal will be.”

The pandemic, which has so far infected at least 90.5 million people and killed around 1.9 worldwide, has up-ended industries and workers in almost every country in the world as tough lockdowns were imposed.

The International Labour Organisation (ILO) has estimated that the impact of huge job losses worldwide is creating a fiscal gap that threatens to increase inequality between richer and poorer countries.

The ILO estimated that global labour income declined by 10.7%, or $3.5 trillion, in the first three quarters of 2020, compared with the same period in 2019, excluding government income support.

India’s Foreign Minister Subrahmanyam Jaishankar said the pandemic had created an “accidental challenge” under which the government delivered food on a regular basis to 800 million people and provided sustained business funds.

“We’ve created the beginnings in a sense of a social welfare system,” Jaishankar told Reuters Next.

Diokno said it was clear some industries will not survive, others will not be as dynamic as before, and yet others will be boosted by the massive changes.

“We were already geared towards the digital, contactless, industries,” Diokno said.

“That will define the new normal,” he added, saying he expects 70% of all adult Filipinos to have access to a transactional bank account by 2023.

Australian Competition and Consumer Commission Chairman (ACCC) Rod Sims was pessimistic about the outlook for the aviation industry, seeing no return to usual international travel to and from Australia throughout 2021.

“I think free international travel between Australia and overseas will be a long time away, unfortunately,” Sims told Reuters Next.

The ACCC had produced an optimistic report on the aviation industry in early December when Australia appeared to have largely stamped out local transmission of COVID-19.

That situation changed almost overnight in late December when a worker at a quarantine hotel in Sydney for international arrivals tested positive, after moving freely among the public. Many state borders were quickly slammed down and lockdowns reimposed over Christmas and New Year, while further curbs were placed on the few international arrivals allowed into the country.

“It reminds us how complicated it is to get rid of this virus, and how quickly it can grow,” Sims said of the resurgence of the virus in Australia.

For individual workers, the pandemic has reshaped day-to-day working life, with tens of millions thrust into remote work.

A switch from a long commute on public transport to a short hop between rooms at home has been welcomed by many. A global survey of more than 9,000 knowledge workers by Slack, published in October, found the vast majority would prefer a mix of remote and office work in future.

For businesses, that means they need to find alternative ways for their workers to remain connected, both for productivity and overall satisfaction.

“Organised sports, large conferences and conventions will not be around for the next 18 months,” Diokno said.

Similarly, the need for a more nimble and innovative approach to education will remain long after the pandemic ends, said Helen Fulson, Chief Product Officer at educational publisher Twinkl.

“How many children today will be doing jobs that currently don’t exist?’ she said at Reuters Next on Monday. “We don’t know how to train for these jobs.”