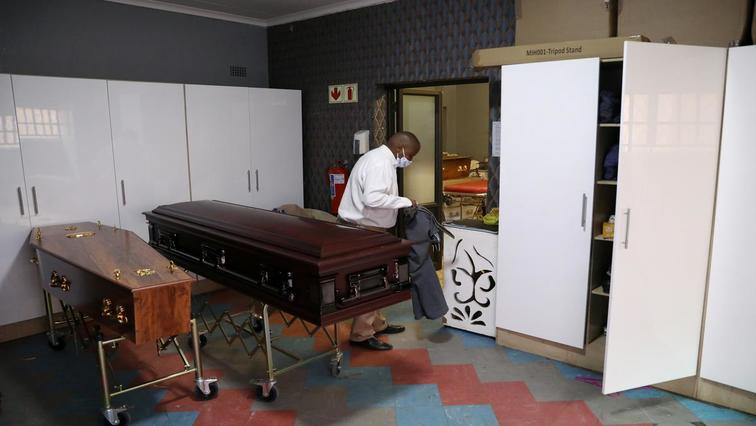 The crematorium industry is calling on the government to remove the red tapes that hinder the establishment of more cremation facilities.

As the number of COVID-19 related deaths increases, this is affecting the industry, which says the government has not set aside adequate provisions for them to cope with the strain.

Most crematoriums only allow for a certain number of cremations a day, which may prove to be a challenge in the coming weeks as more cases are expected.

Poonees Funeral Parlour began its coffin manufacturing division in the 1970s, but would later only produce their coffins for internal use. The owners, who were not available for an interview, explained in writing that Level 5 lockdown brought major challenges to the business.

Raw material suppliers were not manufacturing Chipboard and Supawood, which resulted in a shortage in raw material when the restrictions were lifted.

Thom and Kight Funeral Parlour, which deals mostly with cremations, says they were also not severely affected by the coffin shortage. However, Managing Director Kniel Knight says the business has faced a number of challenges since the first wave, brought on by the uncommon burial.

Funeral parlours are on the other hand battling to find ways to store bodies due to insufficient coffins.

They are also struggling to keep up with demand for coffins:

Twala MaAfrika funeral services has been a trusted funeral service in Alexandra, north of Johannesburg, for decades. 75-year old Linda Twala, affectionately known as the father of Alex, has been helping with the burial of the people of Alex with great dignity.

However, Twala, not only a businessman but also a philanthropist, says the COVID- 19 pandemic has changed things.

He says he is getting old and needs to slow down as the virus has no mercy on the elderly.

His colleagues who manufacture coffins say are also struggling.

Thabiso Moumakoe, General Manager at Tshipi-Noto, says they have had to explain to families that can’t get the coffins of their “dreams” as a result of the shortage, they should settle for the available options.

AVBOB Funeral Services has found an innovative and cost effective way of storing bodies, especially under such pressure. The organisation’s general manager, Adriaan Bester, says they were prepared for the coffin shortage.

“We sort of knew there was a going to be a spike so we made preparations nationally. In AVBOB’s case, we have a manufacturing plant in Bloemfontein so we increased the stock at our branches nationwide,” Bester says.

He adds: “The container originally started as part of our disaster recovery programme. We plan for should there be a disaster and it started there for localised catastrophes. During the COVID-19 pandemic, we realised there could be a bigger need than that. We buy in containers, second hand use, and we equip them to be used a mortuaries. There are 19 of them across the country. The current problem is that we are running out of storage space and we don’t want to force families to have hasty funerals. We want to afford them time to have dignified funerals and pay their respects beautifully.”