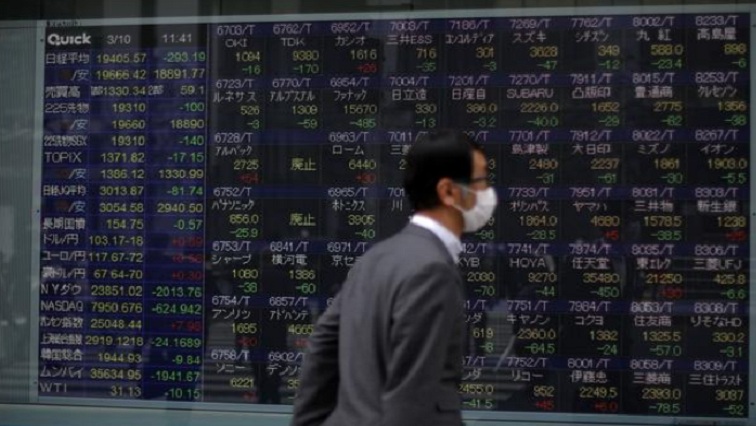 Asian shares jumped on Tuesday, with Japanese stocks hitting a 30-year high, as hopes that a long-awaited US pandemic relief package would be expanded and a Brexit trade deal supported investor risk appetite.

The dollar nursed losses against major currencies and Treasury yields rose after US President Donald Trump’s approval of a stimulus package related to the coronavirus outbreak increased risk appetite.

The positive mood also helped oil futures rise during Asian trading in hopes for an acceleration in economic activity.

The US House of Representatives had voted earlier to increase stimulus payments to qualified Americans to $2,000 from $600, sending the measure on to the Senate for a vote.

While it is not clear how the measure will fare in the Senate, President Donald Trump’s signing on Sunday of a $2.3 trillion pandemic bill, which included the $600 payments, had sent shares on Wall Street to record highs overnight as it increased optimism about an economic recovery.

“With the Brexit … and the US stimulus deal now in the rear-view mirror, there is a sense of relief that we have avoided the respective worst-case scenarios,” said Stephen Innes, chief global market strategist at Axi, a broker.

Firmer demand for riskier assets kept the US dollar, which is often seen as a “safe-haven” asset, on the back foot. It was down 0.02% against a basket of major currencies.

Shorting the dollar has been a popular trade recently and calculations by Reuters based on data released by the Commodity Futures Trading Commission on Monday suggested this could endure.

Short positions on the dollar swelled in the week ended December 21 to $26.6 billion, the highest in three months.

The dollar index against a basket of six major currencies stood at 90.241, not far from the lowest in more than two years.

Sterling edged up to $1.3483 following the confirmation last week of a trade UK-EU trade deal that was widely expected.

Oil prices recovered a touch after falling overnight on concerns that new travel restrictions on the back of the COVID-19 pandemic would weaken fuel demand, and as the prospect of increased supply dragged on prices.

More US fiscal stimulus has also eased concerns about the threat posed by new variants of the coronavirus identified in Britain and South Africa.