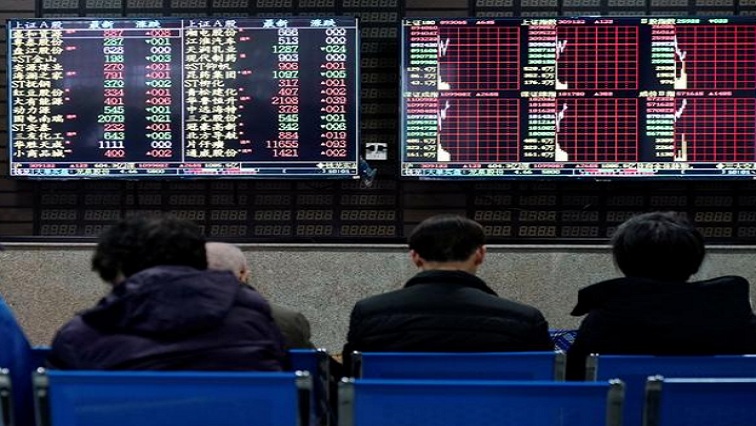 Asian shares rose on Friday after robust US housing data supported a late tech-driven rally on Wall Street, with investors picking up the pieces a day after a broad regional index posted its biggest daily loss in more than three months.

US stocks ended positive in choppy trade on Thursday, led by a dogged comeback in the technology sector, having initially sold off on higher-than-expected unemployment claims.

MSCI’s broadest index of Asia-Pacific shares outside Japan was 0.66% higher in the morning session, after slumping 2.15% a day earlier, its biggest daily drop since June 11.

But even after Friday’s rise, the index remains on track to post its largest weekly drop since March, pulled lower by fears that the global recovery from the novel coronavirus pandemic could be running out of steam. Investors have also been uncertain about Washington’s ability to pass a stimulus package after Fed officials indicated they expected more fiscal support.

News that Democrats in the US House of Representatives are working on a $2.2 trillion coronavirus stimulus package that could be voted on next week, and that House Speaker Nancy Pelosi reiterated she is ready to negotiate on it with the White House helped to assuage some of those fears on Friday.

“Sometimes the best environment for global equities is a weak economy where the government’s trying to stimulate. That’s actually a positive backdrop,” said Michael Frazis, portfolio manager at Frazis Capital Partners in Sydney.

“And you’ve got to remember … we’re coming off a true panic scenario in March. So the rally looks strong from that level, but only because that was such severe panic. In our view it was the selloff that was irrational, not the rally.”

Chinese blue-chips added 0.64% and South Korean shares were 0.52% higher. Australian shares jumped 1.54%, with financials rising the most in more than three months on plans to ease bank lending laws.

“What we’ve seen for equity markets is there is quite a good deal of resilience,” said Tom Piotrowski, a market analyst at Australian broker CommSec.

“Commentators like to stack up all of the negatives markets face, the US election being among them, but I think there is a sense that there is an underlying resilience in the market.”

While the economic picture in the US remains clouded, the strongest sales of single-family homes in nearly 14 years in August helped to revive some faith in the recovery.

Reviving risk sentiment helped to push the benchmark 10-year US Treasury yield up to 0.6757% from a close of 0.664% on Thursday.

The dollar index, which measures the dollar against a basket of six major peers, inched up to 94.350.

The dollar’s strength has battered commodities, with gold set for its worst week in more than a month.