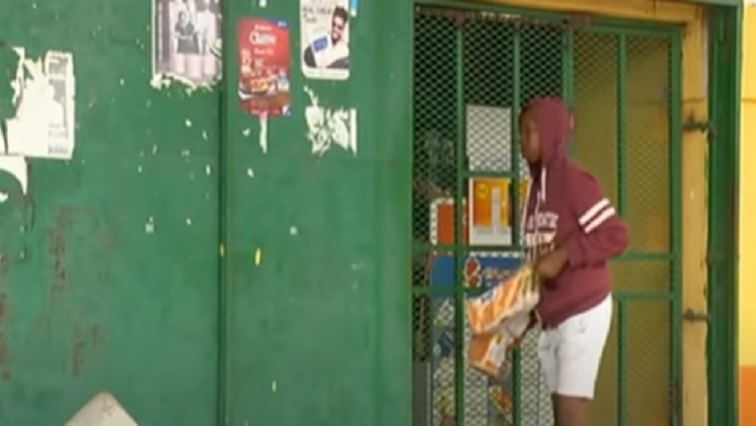 The ownership of spaza shops in townships is often a source of hostility, and even xenophobic attacks. However, in the Ncala section community in Katlehong township, east of Johannesburg, all spaza shops are owned and operated by local people.

This came about only after protracted negotiations with foreign nationals living in the township. They still run other businesses like salons.

Bab’Saulos Mbuli and his wife opened their shop 26 years ago. It was one of the first informal convenience stores in the neighbourhood.

“My wife came up with the concept and the name of the shop. This was her idea and we have been running the business to date since we began in 1994. She was one of the first to start this business.”

“We had to determine how to run our homes as businesses. We had to figure out how to survive and earn our livelihoods without renting out our homes.” says Mbuli.

Following lengthy engagements, community leaders in Ncala say they were able to reach an amicable understanding with foreign nationals residing in the area. It was agreed that spaza shops will be solely owned by locals, to help empower residents in the township.

“When they arrived, we engaged with them and told them that the places to operate are occupied by our local business owners. They understood that and we further explained to them that they do not have to leave the neighbourhood. We all live together and they run some churches in the area. It is also important that we add that we are not xenophobic; we just came up with a way to serve everyone,” says community leader and entrepreneur Lucky Zikode.

Foreign nationals who vacated spaza shops are now focused on other businesses such as salons.

“In my opinion, this agreement is good. But in the same breath, my fellow brothers are doing what they can to make ends meet. There’s nothing else they can do, understandably. They will take every opportunity they can to make money,” says salon owner Dan Mnguni.

Zikode says they are a close-knit community that discusses all issues brought to their attention.

“We engaged with them and educated them. We received the go ahead from the community first; it wasn’t imposed onto them. We educated everyone about it so the response was positive.”

The Black Business Council of South Africa has commended the community’s actions. The council says economic freedom in townships should be exercised in a lawful way that will also not infringe on the human rights of those residing in the country.

“It is to be commended that a community in Katlehong will have wanted to avoid the scenes that we have seen in the past, which can be termed xenophobia, by engaging the foreign nationals who are running spaza shops peacefully to arrive at a situation where, going forward, that activity will be dominated by locals. It is very important as the Black Business Council of South Africa has said in the past, that certain economic activities in the country must be set aside and be the sole preserve of locals.”

Following the lockdown, the Department of Small Business Development partnered with one of South Africa’s largest banks to offer relief for affected spaza shop owners. Each spaza shop and general dealer could receive a working capital investment of R3 500, while another R3 500 would be issued in the form of revolving credit.