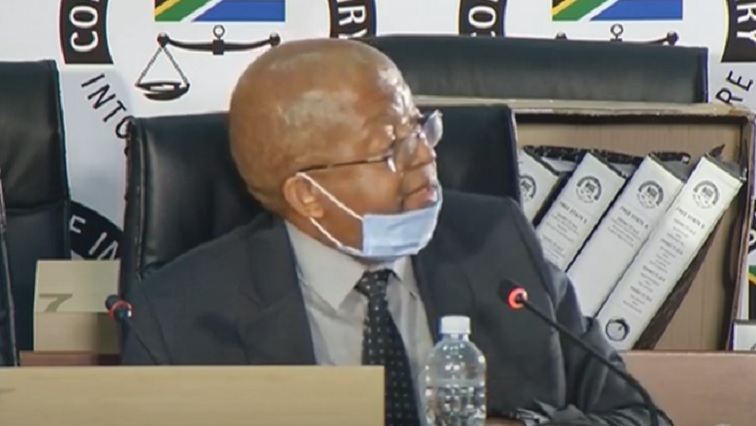 This after State Capture Commission Chair, Deputy Chief Justice Raymond Zondo dismissed his application to suspend his taking the stand until criminal proceedings against him have been completed.

Mokhesi said this would be to protect his rights not to incriminate himself as he faces an investigation by law enforcement agencies for his role in the project for which the department paid R255 million.

Mokhesi’s lawyer Dali Mpofu opened proceedings on Friday by asking that Mokhesi’s obligation to testify be suspended until the conclusion of the criminal case against him with regards to 2014 Free State asbestos project or at the completion of a review of a decision in that case.

Mpofu said the changes in the commission’s regulations made it risky for his client to testify.

“Regulation 11 was introduced so that the commission may assist other law enforcement agencies and it is in that context that the risk that we perceive arises.”

However, Commission Evidence leader Paul Pretorious opposed the application arguing that there was no basis in law for Mokhesi to be let off the hook.

“Apart from perjury anything that Mr Mokhesi says before you here in court, Chair today, even if he answers a self-incriminating question and that answer incriminates him that answer cannot be used against him in criminal proceedings. It’s as if he exercised a right to remain silent. But in respect to that question but there is another remedy that Mr Mokhesi may use perhaps I’ve said it too often, 34 of the act that he can refuse to answer the question and rely on that.”

Dealing with his role in facilitating the 2014 asbestos project, Mokhesi then testified that he had relied on the supply chain management section of the department to do its due diligence with
regards to the project.

He says, after the fact, he asked the supply chain management department why it did not ensure that the Free State contract mirrored the original Gauteng contract as required. The Free State sought to copy an earlier Gauteng’s project to audit asbestos in low-cost houses.

“One the joint venture the 16A6A requires that it must be the same company two did you request documents you know if it irregular on the other side you cannot regularise it yourself and the only way that you can be in a position to know is to get all the documents and the third issue is the unit price you can to an extent if you participate to increase the price but they know you have to make a motivation to the treasury.”

Mokhesi justified the payment of R139 million to Blackhead-Diamond Hill joint venture which conducted the audit even after a July 2015 Auditor General report concluded that the contract was irregular. He cited a judgment in the unsuccessful case the Democratic Alliance had lodged in June 2015 requesting the court to issue an urgent interdict to stop payment on the contract prior to the Free State AG’s report in his explanation.

“The work was already done what we could not continue with was the second phase now the question is value for money which is a point of contention you will recall also that there was a judgment that was sponsored by a political party what was in that judgment was the finding that says there was no overpayment because that was part of the issue those payments were made in terms of that understanding.”

Mokhesi’s testimony will continue at a date to be determined. Then he will also answer questions related to alleged bribes official received as well as R650 000 he received from Blackhead Consulting towards his house.