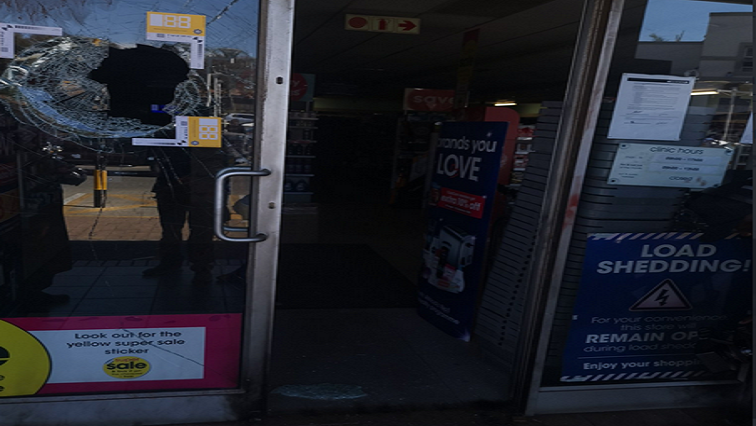 Firefighters have managed to put out a fire at the Clicks store at the Lemon Tree shopping centre in Alberton, east of Johannesburg. It’s believed a group of people broke into the shop, vandalised it, and set it on fire.

However, firefighters responded quickly and managed to extinguish the fire and contain the damage. No one was injured. All the shops at the mall have been closed for the day.

This amid nationwide protests by the Economic Freedom Fighters (EFF) against Clicks stores following a controversial online advertisement which compared hair of a black woman to that of a white woman. The comparison is accompanied by a caption saying the black woman’s hair is dry and damaged while the white woman’s hair is flat and normal.

Meanwhile, a Clicks store at the Cycad Shopping Centre in Polokwane, in Limpopo, has been petrol bombed.

Mpumalanga police spokesperson, Brigadier Leonard Hlathi,  confirmed that a Clicks store was attacked but adds that only the glass window was damaged.

EFF leader Julius Malema locked a Clicks store with a chain and padlock at the Thornhill shopping centre in Polokwane.

Malema says he regards the action to continue operating by Clicks as racist.

“It’s a white man’s arrogance, white man thinking that he cannot be told by a black man what to do that’s why you see them insisting on opening stores. But we’ll close them, we’ll teach a white man [a] lesson today. Once they say it’s open I’ll come … the fighters are everywhere there are workers here. Once this thing [store] opens we [will] come we [will] close it.”

Protest against Clicks in Pretoria:

Employees who came in early quickly closed the store and left as a handful EFF members sung and danced in front of Clicks Menlyn.

“We are here because they refused to close. We’re coming here to assist them to close and we want them to close for the rest of the week, everywhere in the country, in all their 880 outlets in the country. So we are here. I am deployed here in Menlyn because I am from Tshwane and therefore we are just making sure that Clicks is closed.”

“We are going to be here for the rest of the day and for the rest of the week. So we are coming back tomorrow, Tuesday, Wednesday, Thursday and Friday because we want Clicks to fall. Clicks must fall because Clicks undermines black people,” adds Maotwe.

An eNCA news crew has been forced to leave the Goodwood Mall in Cape Town by EFF supporters who are protesting outside a Clicks store.

EFF national chairperson Veronica Mente refused to be interviewed by members of the media in the presence of eNCA.

She said the media house had taken a decision not to cover EFF events.

Police had to intervene to stop the altercation between a cameraperson and EFF supporters.

The video below is reporting on the Clicks protest in Cape Town: