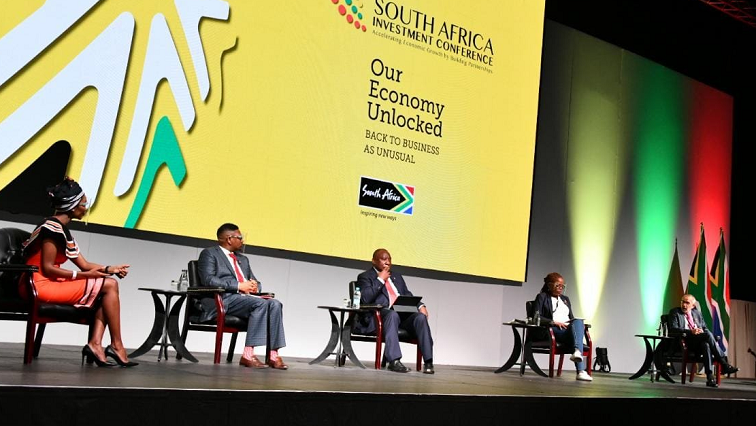 President Cyril Ramaphosa says R109,6 billion worth of investments have been pledged at the third South African Investment Conference, meaning the country is on track to reach its R1.3 trillion target over five years.

He was delivering the closing remarks at the conference in Sandton north of Johannesburg.

Ramaphosa says the success of the conference indicated the confidence of investors in the potential of South Africa.

In his closing remarks, President @CyrilRamaphosa announces that we are firmly on track to meet our five-year target of R1,2 trillion. “In the 3rd year of #SAIC, we record R773,6 billion of commitments made over the last three years, including today.#InvestSA #SAIC2020 pic.twitter.com/8oWoLs4pRz

He says this year’s Investment Conference was about consolidating the commitments that have been made.

Ramaphosa says 19 investment projects from the last two years have already been completed while another 44 projects under construction.

In the video below, Ramaphosa opens the third SA Investment Conference:

The President also announced that bidding for renewable energy supply will begin next month in line with government’s plan to increase power generation capacity.

“This begins with the establishment of the transmission subsidiary as the basis for a competitive electricity supply market. This will improve efficiency and transparency and lay the basis for greater competition and lower energy costs. We are also rapidly expanding our generating capacity, which will see a substantial increase in the contribution of renewable energy sources, battery storage and gas technology. Requests for proposals will be issued in December 2020 to enable the opening of various bid windows.”